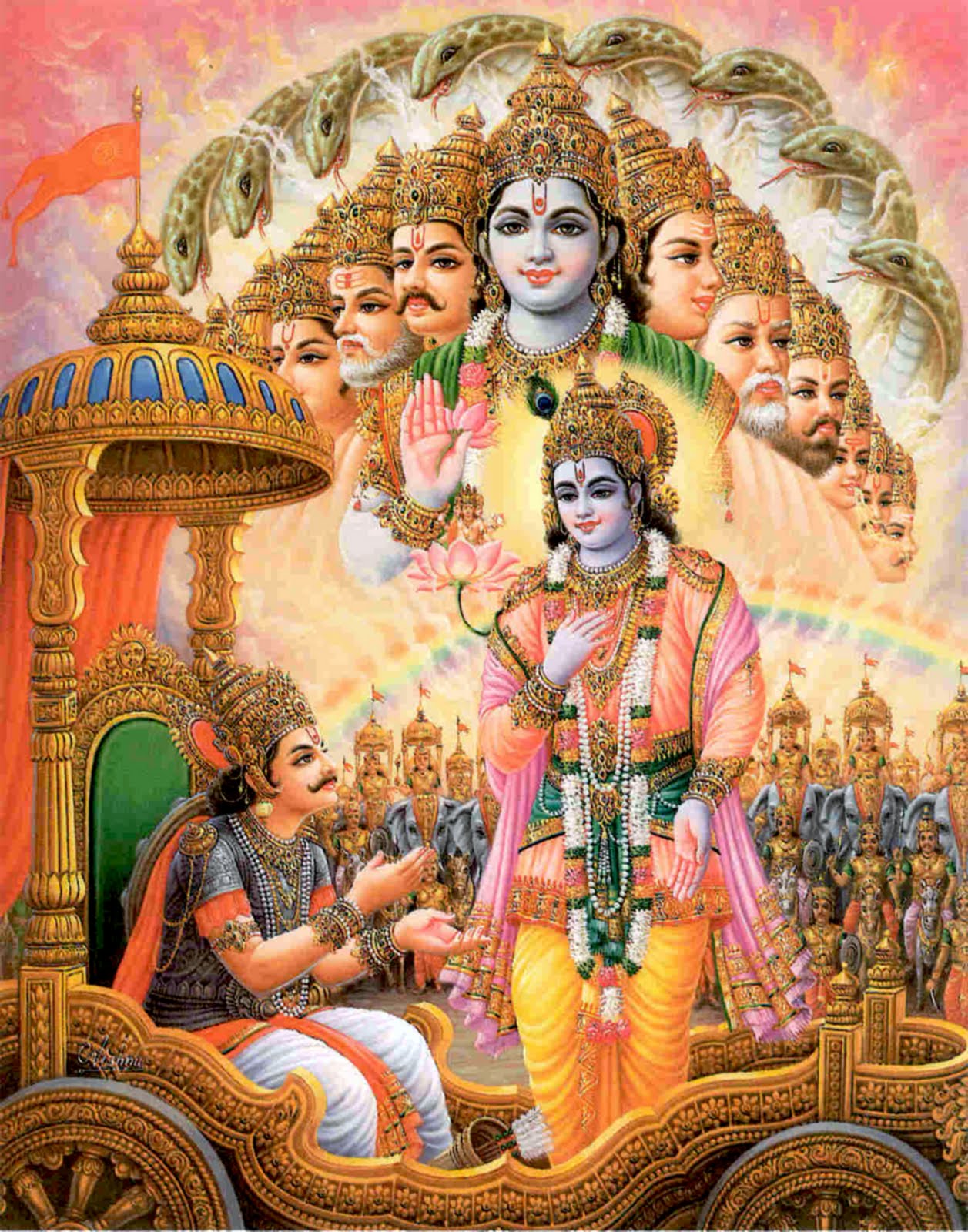 2.9 – 2.10 Sanjaya said — Thus, the Lord, the Supreme Person, introduced the Sastra regarding the self for the sake of Arjuna — whose natural courage was lost due to love and compassion in a misplaced situation, who thought war to be unrighteous even though it was the highest duty for warriors (Ksatriyas), and who took refuge in Sri Krsna to know what his right duty was —, thinking that Arjuna’s delusion would not come to an end except by the knowledge of the real nature of the self, and that war was an ordained duty here which, when freed from attachment to fruits, is a means for self-knowledge. Thus, has it been said by Sri Yamunacarya: ‘The introduction to the Sastra was begun for the sake of Arjuna, whose mind was agitated by misplaced love and compassion and by the delusion that righteousness was unrighteousness, and who took refuge in Sri Krsna.’ The Supreme Person spoke these words as if smiling, and looking at Arjuna, who was thus overcome by grief resulting from ignorance about the real nature of the body and the self, but was nevertheless speaking about duty as if he had an understanding that the self is distinct from the body, and while he (Arjuna), torn between contradictory ideas, had suddenly become inactive standing between the two armies that were getting ready to fight. Sri Krsna said, as if in ridicule, to Arjuna the words beginning with, ‘There never was a time when I did not exist’ (II. 12), and ending with ‘I will release you from all sins; grieve not!’ (XVIII. 66) — which have for their contents the real nature of the self, of the Supreme Self, and of the paths of work (Karma), knowledge (Jnana) and devotion (Bhakti) which constitute the means for attaining the highest spiritual fulfilment.

Lord Krishna, the resplendent one, situated between the 2 armies, with a slight smile upon His face spoke to the grief stricken Arjuna who was enveloped by the entanglement of fraternal delusion.